As reported earlier on the GlobalCapital website, the Hong Kong exchange published proposals to enhance its listing framework. These fall into three distinct categories — the establishment of new biotech and weighted voting rights (WVR) chapters, as well as enhancements to the secondary listing rules.

Among other things, the biotech chapter, which is primarily aimed at pre-revenue companies, introduces restrictions on cornerstone investors. While these are paved with good intentions, they could instead effectively see cornerstones disappear altogether from such IPOs.

While they are relatively early stage businesses, the biotech companies that HKEX wishes to attract are no minnows: they must have a market capitalisation of at least HK$1.5bn ($192m) and been in their current line of business for at least two financial years — as well as under substantially the same management.

As is already the case for mining companies, they will need working capital representing at least 125% of the group costs (which must substantially consist of general, administrative, and operating costs, and research and development costs), for at least the next 12 months (after taking into account the proceeds of the IPO). 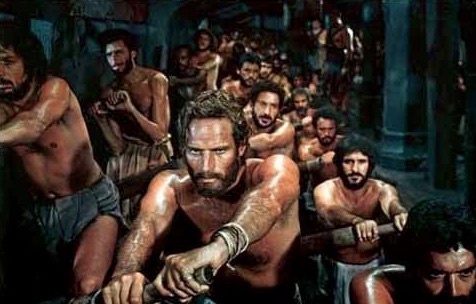 The most eye-popping listing requirement, however, concerns cornerstone investors, who will now not count towards minimum initial public float requirements (that is — except in the case of very large companies — generally 25% of the issuer’s share capital), at listing or during the six months lock-up.

The reason for this, presumably, is to avoid cornerstone investors essentially consisting of friend and family types of investors, or, indeed Chinese SOEs, as has often been the case with Chinese IPOs listed in Hong Kong.  It is also for listing candidates to instead allocate shares to a broad range of institutional and, coverage of the retail tranche permitting, members of the public.

Under the proposed rules adhering to this new biotech chapter, listing candidates must also have obtained “meaningful investment” (defined as “more than just a token investment”) from a “sophisticated investor”, for at least six months before the IPO. Such investment must also remain at the time of the IPO.

While existing pre-IPO investors can participate in the IPO, “only shares subscribed for” will not count towards minimum initial public float requirements.

In other words, pre-IPO subscriptions can still be regarded as part of the public float, provided that the usual public requirements apply to them — which is in any event already the case under Hong Kong’s listing rules.

Given all the above, there really wouldn’t be much of an incentive for biotech issuers to also canvass demand from cornerstone investors, or for institutional investors to subscribe to the IPO of a biotech company as cornerstones.

The objective of gathering cornerstone demand was always to de-risk an IPO by pre-selling part of the shares on offer at an early stage in the marketing process, as well as to encourage other investors to participate in the transaction, on the back of the standing and reputation of such cornerstone investors.

If cornerstones are now not going to count towards the free float requirements, they might as well come in as pre-IPO investors instead.

Granted, such investments are usually made at an earlier stage (although, under the new IPO sponsor regime, they can be made up to 28 days before the first submission of the listing application, which effectively translates into roughly three months before listing — not an awful lot earlier than cornerstone subscriptions).

Unlike cornerstone investors, however, pre-IPO investors generally come in at a discount to the IPO price. They may even be able to invest through a convertible bond, provided that the conversion price is equivalent to the offer price, and that no reset mechanism exists.

Pre-IPO investors can also benefit from special rights that represent an unequal treatment of shareholders (such as put or exit options, veto rights or anti-dilution rights), up to the point of listing.

Quite frankly, why would one now bother subscribing as a cornerstone given the many benefits that pre-IPO commitments offer to investors (and, to a lesser extent, listing candidates)?