HONG KONG (Dow Jones Investment Banker) – China Shipping Nauticgreen Holdings Company Limited (CSN) has just started bookbuilding for a proposed IPO of up to US$192 million in Hong Kong, led by Deutsche Bank and China Merchants Securities. Pricing is set for August 10. Less volatile than that of shipping lines, the business is expected to grow, thanks in part to a substantial newbuild ship overcapacity over the next couple of years which should drive freight prices down. With a likely single digit P/E, valuation is reasonable too – a welcome change from some recent Hong Kong offerings.

CSN, which is indirectly 70% controlled by China Shipping Group, a state-owned enterprise, is based and incorporated in Hong Kong, and specializes in providing leasing services to some 38 shipping lines. With a global footprint, it’s one of the world’s top 10 container lessors, and one of Asia’s top three, in terms of fleet size, according to Harrison Consulting, an independent market research company.

The business has bright prospects and is concentrated in the hands of a small number of players. Harrison Consulting expects the world container fleet, 45% of which is leased, to grow 14.5% between 2010 and 2012 to 32.3 million tons of twenty-foot equivalent units (TEUs). While more than 95% of container manufacturing is now controlled by Chinese companies, on the leasing front, the U.S. still dominates. Six of the top 10 container lessors are based there, led by Textainer Group Holdings Ltd., Triton Container International Ltd. and TAL International Group Inc., although two Chinese companies, including CSN, are now in the top 10. The top five players accounted for 60% of the global container fleet -and the top 15 for 95 %.

As of March 31, 2011, CSN’s list included 283,538 containers for a total of 456,416 TEUs. The fleet is young, and with a very high utilization rate and is 96.9% comprised of dry freight standard containers, which is higher than the industry average. The balance are dry freight specialized containers, as well as refrigerated containers. 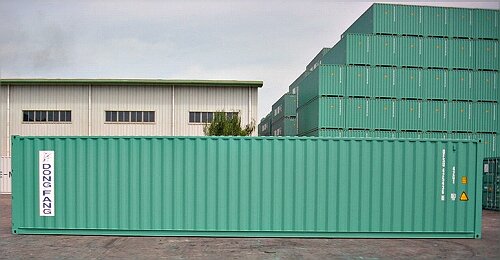 It’s a high margin business. Revenue was just below US$80 million for the year ended December 31, 2010 with a net profit of US$37.2 million. The container management and trading segment – which has so far posted low profitability, but which CSN has only recently entered – will continue to diversify revenue away from major shipping lines (30 of which accounted for more than 87% of the global carrying capacity in 2010), and to increase fee-based income. These activities should represent 40% of the fleet by 2015, as compared with only 14% today.

The offering is primary, for 30% of CSN’s enlarged share capital, and proceeds are earmarked for the purchase of containers for leasing and for working capital. The company intends to expand the fleet by 13.9%, by TEU, between March and the December year-end, and by 119% up until end-2015.

With a price range equivalent to six to 10 times 2011 earnings, pricing is reasonable and, at the lower end at least, at a material discount to major players in the industry.

As is often the case in China, and particularly with companies controlled by state-owned enterprises, more than 37% of CSN’s container supply arrangements were in the hands of group companies in the first quarter of 2011. And its five largest customers accounted for just below 86% of revenue over the same period. This included CSN’s largest client, China Shipping Container Lines (Hong Kong), also a related party, for just below 25%, although its share was almost 50% for the 2010 full year .

CSN’s IPO is refreshing, as compared to the over-priced deals that have come to market in Hong Kong so far this year. As a mid-cap, its visibility with investors is limited but timing is good, ahead of a number of billion dollar-plus floats by financial institutions in September and beyond.

Its name is a bit of a mouthful, but CSN should be able to keep its head above water.

[This article was originally published on Dow Jones Investment Banker on 2 August 2011 and is reproduced with permission. The IPO has since been postponed due to market conditions, even though good initial investor demand was said to have been received].