Here comes December again. For armies of investment bankers (well, at least those unlucky enough not to be on a guaranteed package, for whom the guessing game has long been over), this is the long-awaited, immutable sign that bonus season is just around the corner.

For most of them in Asia, the red packet should reach their stockings/bank accounts at some point in the first quarter. They can then breathe a sigh of relief, until the following year.

Of course, it’s rarely the case nowadays that one’s bonus will amount to five, or perhaps 10 times one’s salary, as was the case back in the merry good old days. Blame the sub-prime crisis and rapacious regulators, for whom bonuses were evidence enough of all that is bad and evil in the world of finance (remember Occupy Wall Street?).

That’s when investment banks found a ready solution: why not just double salaries? Hey, presto, bonuses will automatically drop to palatable levels, and no one will be any the wiser.

How boards of directors could ever conceive that this was a brilliant idea will never be known, but a 10-year-old could likely have predicted the outcome: cost-to-income ratios going through the roof, and not a chance of ever reverting to the status quo ante.

Just as Ermotti, UBS’s chief executive officer, argued last week that bankers would turn to other industries where they could earn more. So it has now become largely impossible to tell those capital markets rainmakers that, unfortunately, their salary will no longer be $650,000, but instead revert to half that amount.

So banks and brokers are stuck with the new normal, on top of a never-ending series of class actions, litigation, and disciplinary proceedings.

And as is the case every year, as sure as the leaves turn yellow and red in the autumn, an endurable fact remains that many recipients of this year’s bonus pools will be disappointed. 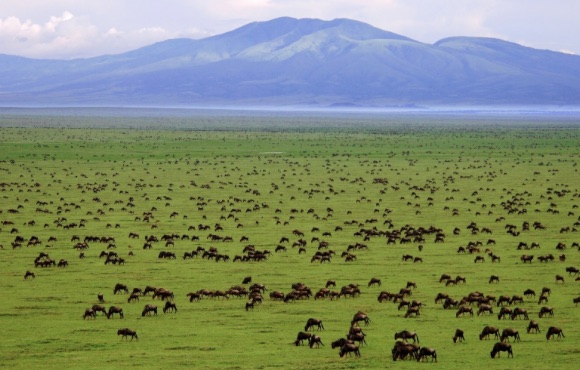 So, in February or March, will start a new exodus — not unlike the Serengeti’s great migration at which many an MD will have marveled on holidays, as the wildebeest gather on the short-grass plains, just in time for the rains. Bankers will leave their employers for greener pastures, amid a temper tantrum over pay.

Except that this is no longer as easy as it once was. Where can one go nowadays? Chinese banks? The culture shock is likely to be more than brutal there. Or one may perhaps finally initiate that long-awaited, pre-retirement move to one of the Japanese firms? But do they still pay as much as they once did, in a post-Lehman world?

Well, there’s always fintech, I suppose, and the possibility of being paid in Bitcoins. That’s perhaps a lesser evil in an environment where news is increasingly dominated by the grim prospect of Brexit one day, and Kim Jong-un threatening us with his very own version of the New Year fireworks, nuclear style, on the other.

Of course, when bankers leave in droves, an entire network of hangers-on starts to flourish.

Headhunters actively try to flog the better candidates to lesser firms that could never hope to entice them in the first place, while HR departments and regulators soon start to process the paperwork for new guarantees, and to update their license statuses.

In fact, just as in the Serengeti, a whole ecosystem quickly prospers and thrives — all because of bonuses. Did you know that Serengeti actually means “extended place” in the Maasai language?

So please spare a small thought for Asia’s bankers, as you tuck into your queen of puddings on Christmas day. Happy holidays!

Philippe Espinasse was a capital markets banker for almost 20 years and is now an independent consultant in Hong Kong. He is the author of “IPO: A Global Guide”, “IPO Banks: Pitch, Selection and Mandate”, and of the Hong Kong thrillers “Hard Underwriting” and “The Traveler”. His new book, “Cornerstone Investors: A practice Guide for Asian IPOs” will be published in January 2018.