The end of the affair

Last week, Hong Kong’s plans to play host to IPOs of international behemoths such as Saudi Aramco took a serious hit, amid news that both Glencore and Tapestry, the owner of luxury fashion brand Coach, would delist from the local exchange.

In both cases, they stated low trading volumes as the reason why they chose to instead refocus on their primary listings — London in the case of Glencore, and New York for Tapestry. This is hardly surprising.

Most of the time, secondary listings make little sense to start with. They are usually the result of clever marketing on the part of stock exchanges, often on the back of a notable transaction (readers may remember that, for a short while, every fashion brand on the planet considered listing in Hong Kong after Prada’s IPO).

Hong Kong isn’t the only listing platform to have seen an exodus of listed companies. With the exception of tech companies, the US has also seen its fair share of international giants leaving the NYSE — including AXA, Allianz and Deutsche Telekom — while Tokyo’s TSE has consistently lost international listings since the 1990s, including those of Telefónica, Barclays and Westpac, reducing its pool of foreign counters to three on the first section of the exchange, and only six across all of its boards.

But listing in Hong Kong is expensive. Even secondary listings require the publication of a full prospectus (and of a Chinese translation of the same to be made available by each new applicant), as well as the appointment of one or more sponsors, legal advisers and auditors, and possibly other parties, such as a property valuer. There are also initial and ongoing listing fees, and the costs of investor relations.

It all adds up, and can hardly be justified when daily trading on the secondary listing platform ends up representing only 0.3% or 0.04% of that on the primary exchange (as in the case of Glencore and Tapestry, respectively). In the case of Tapestry/Coach, listing in Hong Kong was conducted “by way of introduction”, without even offering shares to investors — a sure way to create an orphan listing in no time. 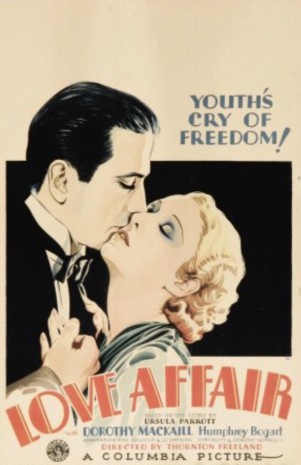 Secondary listings also often happen for political reasons. In the late 1990s, I worked on the first IPO of travel reservation company Amadeus in Madrid, Paris and Frankfurt, reflecting the make-up of its shareholders at the time — Iberia, Air France and Lufthansa. With China hungry for commodities, the listing in Hong Kong of Glencore can probably also be seen in the same light.

Secondary listings were also frequent in the case of companies in emerging markets that were largely out of bounds to international investors because of exotic currencies, or arcane local rules, although that is increasingly no longer the case.

They may also be seen when a company genuinely has a significant, active business in more than one jurisdiction. For example, IHH Healthcare’s listing on both Bursa Malaysia and Singapore’s SGX (in 2012), was prompted by its heritage. Its Parkway franchise originally listed in Singapore, and the Pantai brand is well known throughout Malaysia.

But in most cases, trading invariably flows back to what investors perceive to be the primary place of listing. On occasion, this reduces trading on the secondary market to a mere trickle, ultimately prompting an exit.

L’Occitane or Prada are different cases, in that Hong Kong remains their only place of listing. But they too have failed to make significant inroads with Asian investors. Both currently trade below their IPO prices. L’Occitane, a $3bn company, trades less than $600,000 per day, while the average daily trading volume for Prada is a mere $3m — for a $9bn company (a fraction of the trading volumes for Chinese companies of a similar size).

Ironically, the main success story about secondary listings was likely in Hong Kong, which plays host to at least 70 Chinese companies that are also listed on the Mainland. That’s probably one of the largest pools of large “foreign” listed issuers on any stock exchange, even if Chinese investors now increasingly edge out international investors.

But the sorry conclusion to the Glencore and Coach saga may well sound the end of HKEX’s short-lived love affair with international issuers.