From the Kingdom to the Middle Kingdom

As the US$100bn-plus IPO of Saudi Aramco nears its launch, the UK’s Telegraph has most recently hinted at a three-way foreign listing, conducted across London, New York and Hong Kong. I look at the practicalities and advantages (as well as disadvantages) for the oil behemoth of listing in Asia.

Up to now, listing on the Tadawul, Saudi’s own exchange, has exclusively been about domestic investors. Timid reforms last year opened up trading (in a limited way) to international institutions, but that hasn’t yet extended to IPOs. Things may now perhaps be about to change as a number of issuers, including the Tadawul itself, have recently announced plans to go public.

In theory, to absorb an IPO that could top US$100bn (there’s even talk that the Saudi Aramco flotation could reach US$125bn), there is some logic in considering multiple listing platforms.

After all, the world’s largest IPO, by Alibaba Group in 2014, only raised US$25bn, with only three other deals (Agricultural Bank of China, ICBC and AIA) topping the US$20bn mark. Interestingly, all of these transactions were by Asian issuers, even if Alibaba chose to list in New York to benefit from weighted voting rights, and ultimately preserve control post-listing for Jack Ma and the firm’s founders.

Listing a Saudi company in Hong Kong, though, may perhaps not prove as easy at it first seems. To start with, Saudi Arabia is currently not one of the 28 jurisdictions recognised by the HKEX. The latest to be accepted were India and Russia. In the case of the latter, it also took a number of years for the exchange to finally come to the view that Russian issuers were welcome to list in the SAR. 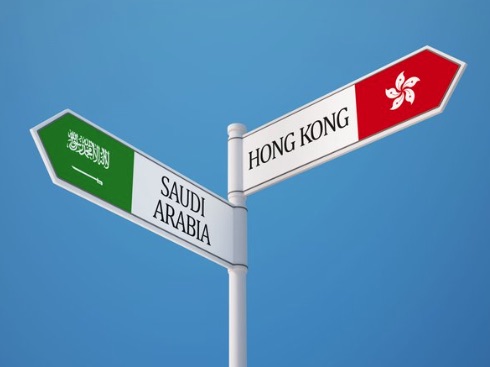 Whether the case of Saudi Arabia can be fast-tracked remains to be seen. No doubt HKEX, which derives most of its fees from new listings, will be keen to do so, to secure what is almost sure to be the largest IPO in history, even if it’s to be shared with other platforms. Whether the Securities and Futures Commission, which must approve changes in the listing rules, sees eye-to-eye with it is rather more of an open case.

Of course, a fairly easy way around this could be to incorporate the entity to be listed in an offshore jurisdiction. After all, Russia’s United Company RUSAL, the aluminium producer, was incorporated in Jersey so as to allow a listing in Hong Kong in 2009. Not that this will have done much for the company’s shareholders, with a share price that’s currently trading almost 80% below water.

Such a complex reorganisation may also perhaps be easier said than done, and especially for a business of this magnitude. Floating a business that’s incorporated in a tax haven may perhaps also not be the flavour of the moment, amid the Mossack Fonseca scandal.

One advantage of listing in Hong Kong, of course, could be to introduce cornerstone investors, a practice that’s largely unknown in the west. There has been talk that the likes of BP, ExxonMobil, and especially Sinopec, could perhaps take significant stakes in Saudi Aramco’s IPO, making the size of an offer to institutional and retail investors much more palatable. Hong Kong would also be a logical venue to channel such Chinese demand.

This may also allow a number of sovereign wealth and other funds from the Middle East to chip in for large allocations. These have largely been absent in recent IPOs in Asia, not least because they are most of the time unable to secure the amounts they seek, typically several hundred million dollars (or more) a pop.

On the other hand, a listing in Hong Kong may perhaps not make much sense in the first place. Hong Kong is increasingly a listing venue for Chinese, rather than international issuers. The former now account for more than 60% and almost 70% of the exchange’s market capitalisation and equity turnover, respectively.

In the first quarter of this year, 92% of the IPO funds raised in Hong Kong were by Chinese companies. In 2015, energy and natural resources IPOs only accounted for 3% of the number of deals, and 8% of the transaction volume, according to HKEX and KPMG. And energy stocks only have a 6% weighting in the Hang Seng index, as compared to 43% for the financial sector.

With Chinese banks and brokers now accounting for the lion’s share of bookrunner roles in Hong Kong IPOs, it’s also debatable whether such firms are ready to actively research, trade and sell shares in a business whose sole activity is located in the Middle East.

Finally, there’s also the question of flow-back. With any offer structure featuring multiple listings, most of the trading will ultimately move to what is perceived by investors to be the home, or anchor market, for the shares.

In the case of Saudi Aramco, I suspect that this will probably prove to be London. Not only is the time zone closer to that of Riyadh, but the LSE is also home to a large number of resources stocks, implying greater investor familiarity there with the oil industry.

The likes of Glencore and Prudential sought (and obtained) dual listings in Hong Kong — the former at the time of its giant IPO in London, and the latter when it attempted to take over AIA. But, according to the CCASS register, only 0.45% of Glencore’s shares are now held through its Hong Kong listing. In the case of Prudential, that proportion is even more pitiful, at only 0.04%.

The road from the Kingdom to the Middle Kingdom may be paved with good intentions, but it could turn out to be far from a smooth ride to get there.