Pay for play in the PRC

Having left investment banking a while ago, I’m baffled by the increasingly arcane and complex rules that now plague the business — the Chinese Mainland being a particular case in point.

One of the joys of now being a columnist, however, is that I can lend a sympathetic ear to the grievances and frustrations of bankers and other IPO providers. And so, that is how I recently came across this little gem of a situation, mixing bureaucracy, a possible dose of corruption, and a good sprinkle of absurdity.

Forget about Panama. This is happening on our doorstep. Right here, right now — and, most likely, quite often.

The dialogue between the parties involved allegedly went something a little bit like this. Sounds familiar?

“Chairman Chen? My name is Peter Llewellyn-Jones. I’m a managing director and head of equity capital markets with Big Bucks Securities. Please, first allow me to say that we’ve been fans of your company for years. And we’d very much like the opportunity to showcase our credentials. We see your upcoming IPO as mission critical. This will be the number one priority for us this year. And I’ll be personally involved throughout. May we please be included in the selection process for lead banks? Our capabilities in sales, trading and research are second to none, and we’ve also been ranked the number one bookrunner in Hong Kong for each of the last five years.”

“That’s lovely. Thank you, sir. You won’t regret it. Could you by any chance send us the request for proposal?”

“Why, of course — as soon as we’ve received the documentation fee.”

“That sounds a bit steep, but I assume there’s no way around it?”

“I’m afraid not. And you’ll have to fork out the deposit too, of course.”

“That’s a payment of Rmb250,000. But, fear not, it’ll be returned to you in the event your firm is ultimately not selected.” 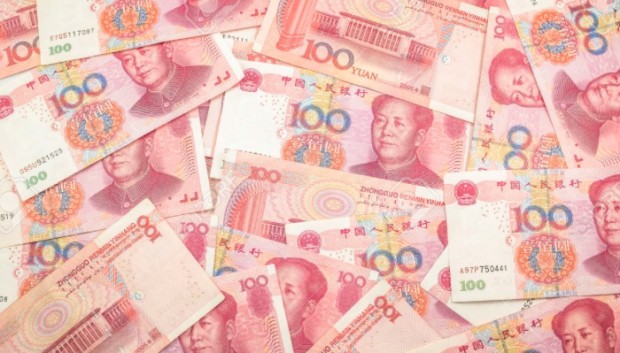 “Ah, right. And in the likely event that we are?”

“On the terms of your engagement. As you’ll appreciate, we don’t know these just yet. So, obviously, that’s a bit of a grey area.”

“Indeed. Yours will likely be one of the largest IPOs in Hong Kong in the second half, so I don’t see that we have much of a choice. Well, we look forward to receiving the letter agreement. I promise our legal department will deal with it promptly.”

“Recording the arrangements for the documentation fee and the deposit, of course. I assume this is all pretty straightforward. We’ll go through it within the space of an hour, two at most.”

“Oh — it’s very simple all right. But there’s no such thing in writing, I’m afraid. We’re just following the rules set out by the procurement commission.”

“What do you expect? We’re a state-owned enterprise, so we must follow procedure. One road. One belt. One set of rules for everyone. That’s how things are nowadays.”

“Of course, we wouldn’t have it any other way. One has to be careful. Just take us, for example. Even though we’re too big to fail, we’re subject to extremely strict regulations — all around the world. Having said that, should your daughter still be looking for an internship, contact me directly on WhatsApp. Their new encryption system is apparently unbreakable. But, say, I never heard of that procurement commission before. Is that at provincial level?”

The names (and more) have been changed to protect the innocent.