Has the Singapore IPO market lost its mojo?

A quick glance at the SGX’s website shows that only six new listings closed on the Main Board since the start of the year.

Of these, four were by way of introduction – that is without shares, depositary receipts or units effectively issued or sold to investors – and only four smaller companies were quoted on the exchange’s second board, Catalist. By contrast, while IPOs in Hong Kong have had a few of their own problems lately, no fewer than 33 successfully made it to closing since the start of the year, a resounding performance when compared to Singapore’s paltry tally.

The Singapore market is not without its attractions. The exchange and regulator there are generally more accommodating than Hong Kong’s, and have also shown much greater innovation over recent years. REITs, business trusts and depositary receipts were introduced on the SGX well before they were even considered as products suitable to be traded on HKEx. Public exposure of prospectuses on the Monetary Authority of Singapore’s OPERA website also preceded by many years the introduction in Hong Kong of web proof information packs – WPIPs – and post hearing information packs –PHIPs (who comes up with these names anyway?). 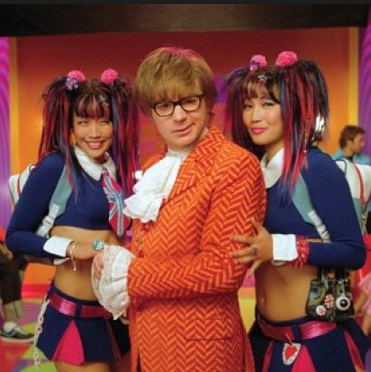 There are also no restrictions on the jurisdictions in which issuers in Singapore can be incorporated, whereas the Hong Kong exchange only recently started to admit –and with rather mixed results to boot – international companies. The SGX has long understood that imposing a lock-up on cornerstone investors was counter productive – something that persists to this day in Hong Kong IPOs. In 2012, the SGX introduced higher quantitative thresholds for the admission of issuers (well above those applicable in Hong Kong), in part to curb the weak performance and governance issues of smaller S-chips from China. Earlier, it had spent some US$250 million to upgrade its exchange matching systems, making them among the fastest in the world. That followed the introduction of continuous, all-day trading, as well as a reduction in minimum bid sizes – for some of these, issues that Hong Kong yet has to tackle.

So where did it all go wrong? Why the spectacular failures and withdrawals of larger deals, such as the Lotte Shopping REIT and Global Telecommunications Infrastructure Trust? Why have Malaysia, the Philippines, Indonesia and even Thailand, in spite their respective quirks and drawbacks, increasingly hosted more active and interesting IPOs than Singapore?

The names of the issuers give an obvious clue. Over the years, Singapore has effectively become a one-trick pony, and a market almost exclusively dedicated to yield plays – REITs and business trusts. Not the place to be in a rising interest rate environment.

Singapore also lacks the depth of the Hong Kong market. The domestic primary equity scene is largely dominated by four brokers (CIMB, DBS Bank, OCBC and UOB), while retail tranches remain very small (in the order of 5%), despite ingenious technology that enables the public to apply for new issues through bank ATMs, and also to use part of their CPF (retirement) funds.

After stripping off the Temasek (and its satellites) and GIC sovereign wealth funds, Singapore also rather pales in comparison with some of its neighbours when it comes to institutional money available for new issues. For example, Malaysia can line up a wide variety of pension funds – some of which are even dedicated to Shariah-compliant investments – such as EPF, KWAP, Public Mutual, PNB, LTH, LTAT and others, in addition to tycoons and active private sector corporates.

But Singapore’s biggest drawback remains liquidity. Last April, its average daily securities volume was only in the order of US$955 million equivalent, almost nine times lower than that seen in Hong Kong.

The Lion city’s exchange must reinvent itself above the obvious dividend plays if it is to continue to compete on a regional scale. It also has to attract the high rollers beyond just Marina Bay’s gaming tables. But that’s easier said than done, lah.

Philippe Espinasse was a capital markets banker for almost 20 years and is now an independent consultant in Hong Kong. He is the author of “IPO: A Global Guide”. His new book, “IPO Banks: Pitch, Selection and Mandate” is published this month.

This column was originally published in GlobalCapital.