At the very least, it has led to more accurate and comprehensive disclosure in the prospectuses that pile up every week in the lobbies of bank branches. This should continue to improve with the coming introduction of legislation introducing potential civil and criminal liabilities for sponsors. Meanwhile, most of this year’s new issues are still trading below their offer prices. High profile deals such as that of WH Group have even ended up in disaster, with that IPO first suffering a major re-size before being pulled altogether.

Forget about introducing dual class share structures – what Hong Kong’s primary market needs is a clear re-think of how the deals are sold to investors. 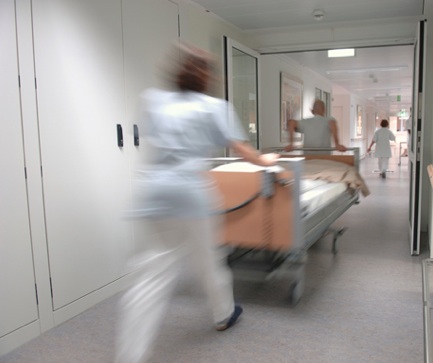 This obviously starts with shrinking the ridiculous number of bookrunners that increasingly feature in new listings, a disease that is now spreading globally as financial data Markit has just shown, with no fewer than 14 bookrunners appointed to manage its US$750 million IPO in the US. Issuers must understand that more banks doesn’t mean more demand but instead lower fees for all, junior staffing more often than not – and very annoyed and confused investors. Banks, in turn, really ought to turn down mandates where there contribution is limited to appearing on the cover of the offering circular. Excluding passive bookrunners from league table credit (as is already the case for co-bookrunners) might also assist in weeding out the hangers on, even though that title remains an informal term that is unlikely to appear in listing documents.

The appointment of cornerstone investors also needs a refit. Hong Kong remains the only major market in Asia to insist on cornerstone lock-ups, a key reason why investment committees routinely decline acting in such capacity, only to be replaced on occasion by corporates and SOEs as weaker substitutes that will also do little to support share prices in the aftermarket. Singapore never imposed lock-ups. Malaysia moved in 2012 towards structured lock-ups that only applied above a certain allocation threshold – and has now even done with lock-ups altogether, as is the case in 7-Eleven’s forthcoming IPO.

Disclosure of cornerstone subscriptions could also be amended. In Southeast Asia, cornerstone tranches are increasingly disclosed as an aggregate number (except obviously where stakes top the 5% disclosure point). Hong Kong, on the other hand, insists on individual allocations appearing in offering circulars. Scrapping the prohibition on double dipping, whereby cornerstones are prevented from placing orders in the book above and beyond their guaranteed subscriptions is also perhaps worth exploring.

Hong Kong is the only listing platform that features clawback triggers, whereby shares are automatically reallocated to public offer tranches, depending on the degree of retail demand. This perhaps made sense in the late 1990s and early 2000s, to reward blow out levels of applications by retail punters in major IPOs that were also virtually guaranteed to trade up. But today, it simply means less flexibility at the hands of the global coordinators in what is increasingly a volatile and unpredictable market.

Retail tranches in Singapore remain in single digits in percentage terms. Those in Malaysia are largely fixed. The system in Hong Kong increasingly looks like the remnant of a rather unhealthy handout to lobby local brokers.

Recent moves to publish proofs of the prospectus are helpful. Similar to market practice in the US, they provide more information – and at an earlier stage – to the market at large. But why insist in redacting any information related to the offer structure (even, and especially, if it is to be amended later)? This creates asymmetries with what readily features in the red herring docs that are published for institutions, depriving the public of some crucial elements to assess how a deal is likely to fare.

These quick fixes would no doubt go some way towards restoring the broken bond between investors and mainland issuers. Ultimately, however, what the market really needs is for participants to make money on a few landmark IPOs.

With a large chunk of the pipeline still comprised of banks and brokers – after all, there’s a good reason why they are all looking to raise new money – and property developers on the cusp of a major bubble, that’s easier said than done.

[This column was originally published in GlobalCapital]