The curse of ‘guanxi’ banking

News that some international investment banks sometimes try to curry favor with China’s political elite by hiring their offspring should not surprise anyone.

In the most recent case, the hiring by two successive investment banks in Hong Kong of a junior equity capital markets banker, who happened to be the daughter of the chairman of a Chinese company preparing for its initial public offering, made headlines not least because the mandate would appear to have followed her moves from one house to another.

Yet, such practices are, on occasion, a fact of life when investment banks are pitching for new listings, especially so in Asia, where guanxi — relationships and ties helpful in deal-making — and social connections are vital and many private businesses remain controlled by influential families.

So far, the controversy has claimed several casualties. JPMorgan Chase, already under investigation in the U.S. over the hiring of so-called princelings — the well-connected offspring of mainland officials and other power brokers — has resigned from a lead role in the proposed offering. More recently, UBS put on leave two of its own bankers, including a regional head of its global capital markets business. Reassuringly, these moves appear to have been voluntary and precautionary, rather than at the behest of the authorities. 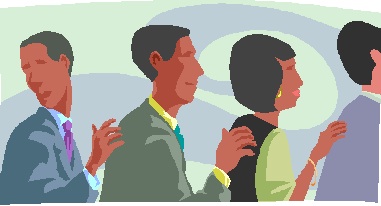 As a junior investment banker in London in the early 1990s, the first interview question I was asked was about my father’s work. Shortly after leaving the firm, after a dozen years of service, I was cold-called by one of its senior bankers, eager to enlist my help to secure a mandate from a relative; (I politely declined). Later, in Hong Kong, another firm for which I worked administered psycho-technical tests to all candidates, with an emphasis on selling capabilities. A favorite question was designed to gauge an individual’s willingness to pitch business to family members.

The reality is that investment banking is a harsh and hostile world. Yes, some bankers are paid a lot of money, most of it as a variable component within their remuneration packages, but only for securing highly lucrative business for their employers. And that’s true in Asia more so than in any other jurisdiction.

Fees for Asian IPOs — expressed as a percentage — are between a third and half what they are in the U.S., which a de facto cartel of houses purposely maintains at a high level. So it takes many more transactions in Hong Kong to achieve the fee pool one can enjoy stateside. Also unique to Asia, most of the larger Chinese flotations now include a ridiculously high number of senior underwriters, sometimes a dozen or more book-runners (as opposed to perhaps only four or five for comparable deals in London or New York): What is already a smaller pie from the beginning ends up being shared among more tablemates.

Many of the transactions in the region also fail to reach completion for one reason or another, be it recurring political turmoil (as in Thailand), rising interest rates impacting real estate investment trusts and business trusts (as in Singapore), or due diligence investigations uncovering practices that may render the issuer unsuitable for listing (across all markets). Building a significant pipeline of IPO hopefuls, above and beyond that which may ultimately reach the listing stage, is therefore an imperative.

In recent years, competition for deals among investment banks in Asia has also reached new heights. Not only among the traditional U.S., U.K. and European players, but also with increasingly stronger (and well-capitalized) local houses. Chinese banks such as CICC or Bank of China International have now mastered the art of pitching, often using lending relationships as leverage. Regional players from Southeast Asia such as CIMB are also aggressively wiggling their way into deals, their credentials sometimes bolstered by recent acquisitions.

Nowadays, IPO mandates are not just handed out but must be won, and more often than not, through hard work. The pool of state-owned enterprise candidates available for privatization has largely dried up and many of the Chinese private issuers that now apply for listing, principally in Hong Kong, are controlled by families, as indeed are a high proportion of the region’s leading businesses.

Convincing their shareholders to entrust mandates remains trickier than ever. Balance sheets must be put to work through corporate loans or other commitments. Cornerstone investors must be secured to anchor IPOs. And, yes, cultivating management over extended periods of time may, on occasion, involve facilitating internships, or even hiring junior family members. These can then either survive and thrive amid these firms’ aggressive (although increasingly compliance-dominated) culture, or drown and leave the trade altogether.

Asian issuers, and those from mainland China in particular, must embrace change if they are to measure up to the West’s governance standards. Meanwhile, regulators and politicians would be well-advised to drop the cheap “banker-bashing”: The dreamy days of gentlemanly merchant banking are very much over, and that’s across all markets.

Philippe Espinasse was an investment banker in the U.S., Europe and Asia for more than 19 years and is now an independent consultant in Hong Kong. He is the author of “IPO: A Global Guide.” His new book, “IPO Banks: Pitch, Selection and Mandate” will be published later this year.

[This column was first published by the Nikkei Asian Review]