Hong Kong is not fit for unicorns

The filing of form S-1, the draft registration statement for the proposed $3bn New York IPO of Snap, the $25bn parent company of messaging app Snapchat, was full of surprises — not all of them good for investors. If anything, it also showed that Hong Kong will, most likely, never be able to compete with the US exchanges when it comes to listing unicorns.

Market observers will recall that, in view of opposition by Hong Kong’s Securities and Futures Commission — as well as many market participants — HKEX’s 2015 proposal to introduce weighted voting rights (WVRs) in the city was ultimately put on the back burner.

At the time, the board of the SFC unanimously concluded that “it did not support the exchange’s draft proposal”, among other things because “it was of the view that Hong Kong’s securities markets and reputation would be harmed if WVR structures became commonplace”, and also because “the exchange’s proposal did not explain how safeguards and conditions could be monitored on an ongoing basis, and what actions could be taken, either by regulators or by public shareholders, if they were not complied with”.

The Snap IPO, however, goes one step further than commonly accepted WVR structures. The offer is to be entirely comprised of class A shares, none of which will have voting rights. The stock to be issued under the company’s proposed IPO will therefore not dilute the two co-founders’ (Evan Spiegel’s and Robert Murphy’s) stakes, and they will also have control over all stockholder decisions.

In particular, going forward Spiegel and Murphy, and potentially either one of them alone, will have the ability to control the outcome of all matters submitted to the company’s shareholders for approval, including the election, removal and replacement of directors and any merger, consolidation or sale of all or substantially all of its assets.

Perhaps worse, even if their employment with the company were terminated, they would continue to have the ability to exercise the same significant voting power, and potentially control the outcome of all matters submitted to a general meeting for approval. Such restrictions would last until their respective stakes become substantially diluted, or nine months after their death. 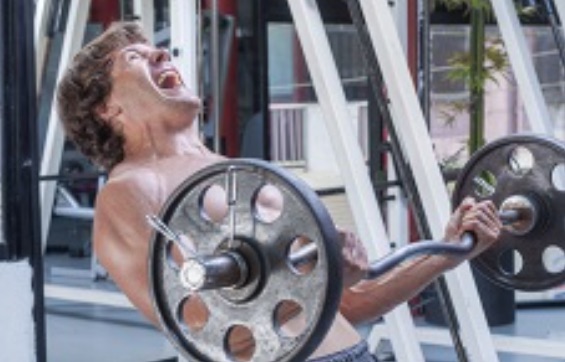 This would effectively make Snap’s IPO the first one ever to offer shares with no voting rights whatsoever, going even further than the arrangements put in place by the likes of Facebook or Alibaba (which ultimately cost HKEX the latter’s listing).

Understandably, this has generated much frustration and led to outcry on the part of institutional investors (and in particular US pension funds), amid fears that other issuers from the technology sector could follow suit.

It’s hard to see the regulator in Hong Kong ever agreeing to such a structure, in light of its previous stance on WVRs.

In addition, while it is in theory possible to list in Hong Kong a company that is not profitable, provided that it posts a market capitalisation of at least HK$4bn ($513m) at the time of listing, and also revenue of at least HK$500m for the most recent audited financial year, many tech issuers that are not as high profile or visible as Snap is today would not past muster when it comes to listing in the city. While Snap might have made it (absent the voting rights issue, obviously) on the basis of its 2016 financials, it would have been rejected last year (using its 2015 revenues).

As a listing platform, HKEX also requires a positive cash flow from operating activities of at least HK$100m in aggregate for the three preceding financial years for companies unable to list just under the market capitalisation and revenue financial criteria. Accordingly, the Hong Kong exchange’s door is likely to remain irremediably closed to many burgeoning tech companies (or at least until they can generate, rather than burn, cash on an ongoing basis).

As a case in point, Snap has consistently posted losses from operations (reaching almost $373m in 2015 and $515m in the financial year ended 31 December 2016). Some observers actually argue that it may never become profitable.

Hong Kong’s listing requirements clearly state that “an issuer or its group (other than an investment company) whose assets consist wholly or substantially of cash or short-dated securities will not normally be regarded as suitable for listing, except where the issuer or group is solely or mainly engaged in the securities brokerage business”.

This might also make it tricky for HKEX (and I guess potentially the SFC) to opine favourably on the listings of such businesses (never mind the fact that Snap dismissed its auditors throughout the period under review, even though there would appear to have been no adverse opinion or qualification in the accounts).

The only unicorn ever to be seen in Hong Kong might well be that on the UK’s Royal coat of arms — pre-1997.