Thirty-first of December was not only the last day of a decidedly subdued year, but also the deadline by which Credit Suisse bankers in London were allegedly asked to return the mobile phones issued to them by their employer. This is only the latest nail in the coffin of a profession once seen more as a lifestyle, but which has now become (almost) like any other.

Some may remember the tale of the Goldman Sachs banker in the City, whose secretary helped herself to more than $4m from his bank accounts (spending almost $370,000 of it on Cartier jewellery, and also putting down a deposit for a $215,000 Aston Martin Vanquish) before he finally discovered the deed, apparently months afterwards (although she later claimed it had been the price of her silence for not exposing an affair he was having, and that she was privy to). That was in 2004 but fat chance of it happening now!

I think the tide began to turn in 2009 when The Daily Beast revealed that John Thain, Merrill Lynch’s then chairman and CEO (and another ex-Goldman high-flyer), had spent more than $1.2m of the company’s money to revamp his office (including an eye-watering $1,400 on a paper bin), and also paid his driver an astonishing $230,000 for just a year’s work, thereby adding his own personal (if modest) contribution to the firm’s near collapse, and eventual purchase by Bank of America. Now that’s a stylish valedictory if I know one.

In Asia, increased competition by local players and falling revenues have slowly but surely taken their toll on what was once a lavish and – at times – even outlandish regime.

Gone are the days when the then global head of emerging markets at a bulge bracket (and alleged recipient of the highest bonus in the region in 1999) disdainfully ignored for months a request by his landlord to vacate the Shek O mansion he (or rather, one assumes, the bank) was leasing, to make way for the landlord’s incoming C-suite corporate executive, at a cost of well over HK$400,000 ($51,300) per month – a not inconsiderable amount of money in 2001. 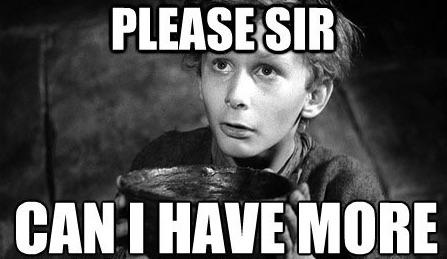 Around the same time, when a well-known advisory firm (which shall remain nameless) went shopping for a new head of Asia investment banking, one of the perks of the job was a reportedly HK$600,000 monthly corporate housing subsidy.

Such benefits have now pretty much all but disappeared, as have company cars, club memberships, unlimited school fees, flights home and the like (except, it seems, at some Japanese firms, as evidenced by the signs carried by the personal drivers I recently spotted near one of the exit gates at Chep Lak Kok airport).

It was only a matter of time before mobile phones were added to the list. Whether investment bankers will now remain glued to their own personal devices in the line of duty is anyone’s guess (after all, as Donald Trump once famously said, “I’ve never seen a thin person drinking Diet Coke”).

While these expenses all add up, such moves are largely symbolic and probably also meant to demonstrate to the world at large that the times have changed, and that masters of the universe are now being held accountable just like everyone else, and may even be headed for the bonfire if they don’t play ball.

It remains that the main impact on the bottom line – and key needle-mover as far as that crucial cost-to-income ratio is concerned – is still personnel expenses.

Back in the old days, the key adjustment variable was none other than junior bankers. And in Asia, those firms reporting on a quarterly basis to their shareholders were generally quick to take to the axe to let go analysts, associates and vice-presidents when revenues went south. Not anymore.

Goldman Sachs, UBS, HSBC and Deutsche Bank among others have all recently terminated significant numbers of senior bankers in the region, in a bid to adjust to the new normal.

Chances are also that the dashing, grey-haired vice-chairman pitching to you (and inevitably pledging personal involvement in and oversight of your IPO) is now a consultant on a short-term rolling contract, perhaps even barely able to afford a new Savile Row suit. Shock, horror!