Hutchison’s proposed sale of assets not a new idea

The last few days have seen much written about the proposed sale of Park n Shop by Li Ka-shing’s Hutchison Whampoa. But the idea of selling off one of its lower margin businesses is not new: I had already flagged this in a January 2011 column, published in Dow Jones Investment Banker and on WSJ.com, the website of the Wall Street Journal.

That article was widely picked up at the time, in particular in the Chinese language press in Hong Kong, as well as on the Chinese mainland.

Li Ka-shing’s investment holding company has reportedly given a mandate to Bank of America Merrill Lynch and Goldman Sachs for a sale of the Hong Kong-based grocery chain, which could net US$4 billion.

The idea I had suggested instead more than two years ago was for a partial flotation in Hong Kong of Hutchison’s pan-Asian pharmacy business, Watsons. The reasoning was the same – a refocusing of Hutchison on its higher margin business activities. However, the growth offered by a vehicle bundling Watsons’ pharmacy assets across Asia would be considerably in excess of that of Park n Shop, a business which suffers from capacity constraints in Hong Kong, where it is one of only two major grocery chains alongside Wellcome, part of Jardine’s Dairy Farm. 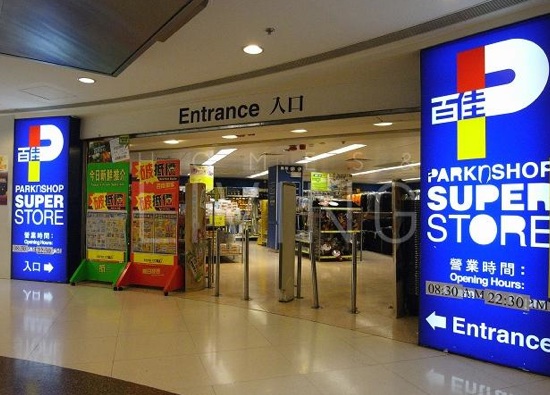 It remains to be seen who will end up buying Park n Shop. A number of European players have unsuccessfully tried to enter the Hong Kong grocery market in the past. Instead, a pan-Asian Watsons could offer a more attractive proposition to buyers, including to institutional and retail investors alike, and monetize a substantial amount for Hutchison while keeping control firmly in its hands – at least initially. This would still be of considerable benefit to Hutchison’s shareholders – starting with Li Ka-shing himself.

Obviously, primary equity market conditions in Hong Kong have changed significantly since I wrote that article. The amount raised in IPOs in Hong Kong in 2010 was almost US$68 billion equivalent and US$35.5 billion in 2011, which compares to only US$4.5 billion for the first half of 2013. Over the same period, the market has also experienced much volatility, a significant drop in the number of billion-dollar deals, and a clear loss of enthusiasm on the part of the public for local flotations.

Li Ka-shing is not known for leaving money on the table and has had a mixed track record with recent IPOs both in Hong Kong and Singapore. However, seeking a reasonable valuation in the public markets might make Watsons Asia a winner – over a period of time.

To read my earlier article on the proposed, partial flotation of Watsons Asia, please click HERE.