Take that to the bank

Another week, another financial sector IPO in Hong Kong. So far this year, three such listings have come to market in the city, for a total of more than $2.6bn equivalent. Most notably, these have included IPOs by Bank of Tianjin ($948m) and China Zheshang Bank ($1.7bn), both of which priced their offerings near the bottom end of the indicative price range last week.

There seems to be no end in sight these days for cash calls by China’s banks, brokers and insurers, perhaps an indication that China’s financial sector could be worse off than previously thought. Such issues may also have a knock-on effect on Hong Kong itself, at a time when the SAR is already facing testing times.

According to Dealogic, Hong Kong proudly ranked first for new listings in 2015, with an IPO volume of more than $33bn and 89 deals, equivalent to a global market share of 16.2%. Issuance on HKEX was also roughly twice that seen in each of London, Tokyo, Shanghai as well as on Nasdaq, a most notable performance by all accounts.

A significant proportion of this, however, was down to IPOs by issuers from the financial sector. 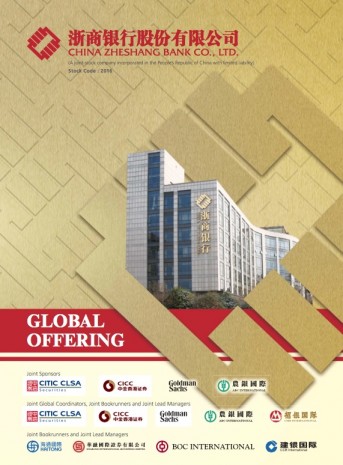 Between 2013 and 2015, more than $28bn was raised by financial institutions only in Hong Kong, with an average IPO size of more than $1bn apiece. Moreover, IPOs from the financial sector represented 25% by volume of all new listings in the city over that same period, even topping 40% and 31% in 2013 and 2015 respectively.

In this quarter alone (admittedly off a smaller base, although IPOs in Hong Kong still numbered 26 between 1 January and 22 March, compared to none on the NYSE), that proportion has ballooned to more than 67% with still sizeable offerings. That’s more than twice the weight of new listings from the financial sector globally in that same first quarter.

By some accounts, China’s total debt now nears 250% of GDP. Non-performing loans, a recurring issue, have been on the rise uninterrupted for more than two-and-a-half years, and have almost doubled over the last four years to over $300bn. Hardly surprising after a five year debt splurge, and as the country’s institutions have been encouraged to lend by the People’s Bank of China in an effort to stem floods of money leaving the country, as the economy continues to slow. China is not famous for its dams for nothing.

This perhaps puts into a fresher perspective the country’s annual growth objective of 6.5% to 7.0%, which looks increasingly shaky. With the Shanghai composite index down almost 17% over the last 12 months, Chinese banks are also unlikely to have made up for their lending difficulties with a resounding performance on the investment side.

Which brings us back to Hong Kong. The SAR is already extremely dependent on the financial sector as a whole. In its marketing materials, HKEX even likes to portray itself as the leading exchange in the world in terms of market capitalisation relative to GDP. The SAR’s score on that front is about ten times and seven times those in the UK and US respectively, according to the World Bank.

And while financial stocks only account for 12 of the 50 constituents of the Hang Seng index, their combined weight topped 43% last month, more than four times the weight of the property and construction sector, that other pillar of the Hong Kong economy.

So not only does the city’s exchange continue to be increasingly dependent on mainland companies (which now account for 51% of the number of listings, 62% of the market capitalisation, 68% of the equity turnover, and even 54% of the HSI by weight), but ever more of these now are from a particularly embattled industry.

The only solace perhaps is that nowadays, investors in Hong Kong-listed IPOs increasingly come from the Mainland itself. What goes around comes around. It can only be karma.