Amid particularly tense Sino-Japanese relations, the US$3.1 billion IPO of mainland insurer PICC Group is all the more remarkable in that it included a rare tranche, solely targeted at Japanese investors.

While the exact allocation hasn’t been disclosed, some US$220 million equivalent is thought to have been allotted to them, with that offer also said to have been well subscribed. It’s not unusual for multibillion dollar IPOs in Hong Kong to include a so-called Japanese public offering without listing (POWL) – although the last sizeable one probably dates back to the mega, financial deals of 2010, the flotations of Agricultural Bank of China and of fellow insurer AIA. In the case of PICC, an industry sector that’s well-represented in Japan, as well as the presence of Japanese insurer Tokio Marine as a US$50 million cornerstone investor, may have further encouraged participation.

As the name suggests, a POWL is a mechanism that’s used to gather demand from Japanese public investors, but without the added complexity of listing shares in Tokyo. And as is common with equity offerings there, orders are principally derived from retail and high net worth individuals, rather than from institutions. The process, however, somewhat lengthens the overall timetable for a deal, and also adds to the cost of an IPO. Documentation has to be filed in Japanese language (not just at the time of the offering, but on an ongoing basis thereafter), while local auditors are also required to perform work on the financials. 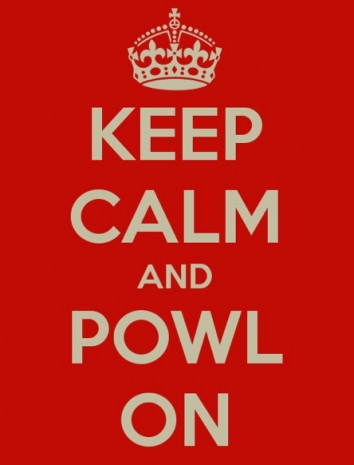 Importantly, and unlike public offers in Hong Kong, POWLs are only conducted once the final offer price has been determined. That, for example, explains the unusually long wait for the start of trading in PICC Group’s shares – December 7, following pricing on November 30. The Japanese broker (or, more rarely, brokers) will usually have a good feel for what the book might be prior to launch (and, indeed, will secure their allocation on that basis), but the reality is that demand under a POWL is largely gathered in earnest after the battle has been won, and the deal priced – based on the strength of the institutional and Hong Kong retail tranches.

While it certainly helps to diversify the avenues of demand for the shares, as several million hundred dollars – and in some cases much more – worth of additional orders can be gathered over a period of just a few days, how much a POWL really is able to help create tension between classes of investors during the earlier, bookbuilding phase of an IPO is fairly academic. Many issuers struggling to get their deals across the line see Japanese investors as a welcome form of insurance that their offer will be covered. It rarely works that way. To be big in Japan, one must first be big in Hong Kong. The POWL orders typically come when a deal least needs the demand.

Indeed, the catch is that the device really only works for large, liquid, visible and attractive IPOs. Japanese brokers are in many cases unlikely to risk burning their investor base through a transaction that doesn’t tick all the right boxes, or which faces a reasonable chance of tanking in the aftermarket. Because it’s pretty much a one-way bet, POWL investors have hardly lost any money over the past decade.

Generally speaking, the presence of a POWL can be a sign of IPO quality. The problem is, it’s not always obvious to Hong Kong retail investors that a deal includes a POWL – you won’t find any details of it in the public offer document, for example.

Despite an encouraging start of trading in PICC shares, the rather subdued response from international institutions to that deal, and a fairly uninspiring pipeline of new listings (some of which have been on the pad for many months), could ultimately make Japanese investors perhaps take an even more conservative and cautious approach to Chinese offerings.

[This article was originally published in The South China Morning Post on 10 December 2012 and is reproduced with permission.]