The long, hard and vey much tweaked way to the top

League tables feature prominently in presentations drafted by investment banks for their corporate clients, as well as in the financial press. They provide readers with an indication of their market shares and rankings relative to those of other houses, and for a given region, country, industry sector, product – or a combination of the above.

In equity capital markets (ECM) departments, cutting league tables is probably the first skill learned by junior analysts. It helps paint their firm in a good light in pitch books, to win mandates. In fact, any investment banker worth his salt can conjure a set of league tables that show his employer in leading ranks versus its competitors.

For some houses this can be an ego trip or a source of pride, and importantly also assist in internal bonus allocation discussions, if a particular team or department can demonstrate it has cornered the market, and deserves the riches associated with its rainmaker status. For others, it’s more of a necessity. Many prospective issuers look closely at league tables when deciding whom to hire for a deal. 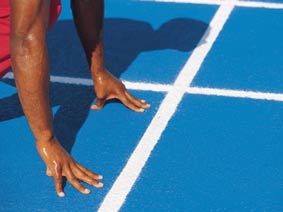 The tables can demonstrate that a bank has experience working in a given market, for example managing initial public offers for Chinese technology firms. The ranking reassures clients. If a bank can show that, for example, nine other firms hired it to lead a listing in a particular market, and that it sits among the top three banks in terms of volume of shares sold to investors, then the firm must have something going for it.

But all is not what it seems. There are many, many ways to come up with a top ranking. And unless statistics are computed in agenuinely identical fashion for all players, there’s the risk of not comparing apple to apple. In the world of IPOs, every bank it seems always ranks as number one.

First is the period over which such league tables are computed. It’s so easy to select dates to include a big transaction led by one’s firm, or to exclude earlier, sizeable deals run by others. Those league tables that do not reflect calendar years, quarters or semesters should perhaps trigger alarm bells.

Second, it’s also child’s play to include or exclude certain types of transactions, countries or sectors. For example, if a bank has been missing out on rights issues mandates, or on block trades by Chinese companies, these will simply be excluded.

So one could end up with something like “fully marketed equity capital markets offerings in Asia ex-Japan”, which sounds fair enough. But by reading the fine print one might notice “excluding Chinese issuers and rights issues”, which is looking at the marketplace through a much narrower prism.

For those houses that are less active in senior roles, combining several syndicate positions can create the illusion that one has been busy leading deals – when one actually has not. How about a “lead, joint lead and co-lead manager” league table, which sounds rather grand to the uninitiated – but basically underscores the lack of ability of that particular firm to secure bookrunner roles.

Then there are the tricky subtle issues of how league tables are calculated by data firms such as Dealogic and Thomson Reuters. For example, some league table compilers will only count follow-on or block trade deals that are underwritten (that is, where the banks commit to cover the capital raising (or sell down) whether investors buy the deal or not).

Or, consider the ambiguity of the country of origin for an issuer. A firm may be based operationally in the mainland, have its headquarters in Hong Kong and be incorporated in the Cayman Islands. Should a bank that led a deal for such a firm have the transaction recorded in all-important China league tables? Some data firms would include the deal, others would not. It would take someone with insider knowledge to know the difference.

That might not be fair but such is the nebulous, highly abstract nature of league table rankings.

[This article was originally published in The South China Morning Post on 19 March 2012 and is reproduced with permission.]