Something quite extraordinary has just been happening in Singapore. For the first time in several years, investors in the city-state have been able to punt on a local, multi-billion-dollar IPO.

In fact, at just over $1.7bn (pre-greenshoe), NetLink NBN Trust’s new listing is the largest there since that of Hutchison Port Holding Trust in March 2011, which raised around $5.5 billion.

But HPH Trust, a spin off from billionaire Li Ka-shing’s empire, has a mandate to principally invest in, and operate, deep-water container ports in the Pearl River Delta and is, accordingly, more of a China play.

By contrast, NetLink builds and owns passive fibre network infrastructure, over which ultra-high-speed internet access is delivered throughout mainland Singapore — and its connected islands. Its investment case is accordingly all about the Lion City.

It is also backed by the Singtel Group (and therefore, indirectly, by its majority shareholder, sovereign wealth fund Temasek Holdings), and its board includes several of the island nation’s luminaries — from Chaly Mah (currently chairman of the Singapore Tourism Board and Accountancy Commission) to DBS’s Eric Ang, and Allen & Gledhill’s Yeo Wico.

You couldn’t make it more of a Singapore household name if you tried, and the deal really embodies Singapore Inc, something largely unseen there since the round of privatisations in the early noughties. 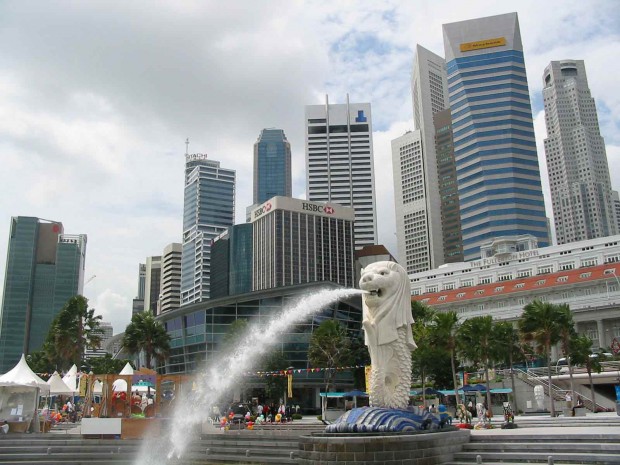 Unlike IPOs in Hong Kong, in which investors seek to capture a share of China’s dwindling growth, those in Singapore are, more often than not, yield plays and NetLink, whose business is regulated, is of course no exception, offering a forecast annualized distribution yield of 5.43% for 2018, increasing to 5.73% in the following year.

All of Singapore’s top three investment banks were also acting as bookrunners (although only one, DBS, is a global co-ordinator, alongside Morgan Stanley and UBS).

To put things in perspective, the amount raised by NetLink is broadly equivalent to IPO proceeds raised in the whole of Singapore for the entire year in 2016, and more than 4.5 times those in 2015.

In the first half of this year, Singapore only accounted for 4% of total ECM issuance in Asia ex-Japan (or $1.76bn), according to Dealogic. Compare that to Hong Kong’s 41% ($18.08bn), and the magnitude of what has just been achieved in the SGX’s primary equity market becomes pretty obvious.

The NetLink deal is also, more generally, a shot in the arm for the ASEAN markets, which, with only $2.4bn worth of IPOs, accounted for less than 17% of the region’s new listings by value in the first half of 2017, despite reasonably sizeable offerings by the likes of Thailand’s TPI Polene Power and WHA Utilities and Power, or Malaysia’s Eco World International — all among nine ASEAN IPOs whose offer size topped $100m so far this year.

The pipeline of Singapore IPOs is reasonably healthy, with around $2bn in issuance set to hit the market in the near future. Highlights include the Indonesian Widjaja family’s Sinar Mas Group in the power sector, as well as property offerings by Greenland and AEP Commercial Reit, and Equis Fund, a FIG play.

This, of course, pales in comparison with the new listings volumes expected in North Asia, where several behemoth transactions are set to come in both Hong Kong (principally in the real estate and financial sectors still, including offerings by Xiantandi, Guangzhou Rural Commercial Bank and Lufax) and South Korea (among which are listings from Hotel Lotte, Hyundai Oilbank and the Korea East-West and South-East Power firms).

Still, the NetLink deal, which was about twice covered by both institutional and retail investors and starts trading on 19 July, might perhaps be the one that finally puts southeast Asia’s ECM teams out of their long running misery.