Amid more deals coming to market in recent weeks, there has been much talk about a potential re-launch in Hong Kong of WH Group’s IPO, a deal that was famously pulled last April after a mammoth syndicate of 29 bookrunners failed to secure interest from investors.

Morgan Stanley in particular is said to have started sounding potential key accounts about the merits of a sharply reduced valuation, representing 12 to 15 times 2014 forecast earnings, as compared to a P/E of 15 to almost 21 times previously. Pricing that’s more palatable to investors – as well as a tight range that provides clear guidance to the market – will be a must for any comeback to succeed. Whether that’s given the nod by the company’s private equity owners, chiefly CDH Investments and Goldman Sachs, is another question. After all, the price range was left unchanged even after the offering was downsized from an original US$5.3 billion to US$1.9 billion the first time around. PE firms are not generally known for leaving money on the table and shareholders may perhaps instead seek to refinance WH Group’s rather high pile of debt, which at the end of last year totaled some US$7.4 billion, equivalent to a gearing of over 236%.

More, however, may be needed to entice investors. A multi-billion dollar listing by WH Group would have been the largest in Hong Kong so far this year. According to Dealogic, only three IPOs there have topped the US$1 billion mark in 2014, with only one (Power Assets’ business trust spin-off of HK Electric Investments) raising more than US$1.3 billion. With the average size of the top 10 deals at just below US$875 million, and some of these currently trading below water, WH Group and its backers would probably be well advised to consider a more manageable offer size if they are to successfully make it to closing this time around. 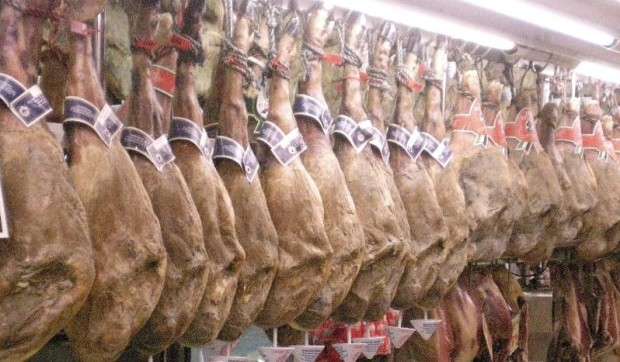 Assembling a core group of cornerstone investors will also be necessary – something that the syndicate clearly failed to achieve on the first attempt. Pretty much all the recently IPOs completed in Hong Kong, including Luye Pharma, have all benefitted from such early demand, the latter deal lining up Prime Capital, Macquarie, OrbitMed and Value Partners, among other investors, for an aggregate amount of US$280 million – equivalent to more than the 38% of the pre-greenshoe offer shares. Securing genuine institutional accounts, rather than the corporate and SOE names more commonly seen these days in HKEx new listings, will also be a must to ensure successful trading in the aftermarket.

Word has also filtered that, as part of a re-launch, those banks that bring in cornerstone orders might be rewarded with more senior titles (and, in turn, fees). Such tactics would be an unmitigated disaster, tantamount to a repeat of the shambles already seen last April, as 29 bookrunners were unleashed in the mistaken belief that more can do no wrong. A horde of eager bankers roaming the marketplace and all pitching to the same investors in the vain expectation that they will make it at the top of the league tables is exactly what this deal doesn’t need. Instead, a tight, well-coordinated group of senior underwriters should be appointed, with each of them tasked with focusing only on a small, targeted list of accounts – on an exclusive basis. This would ensure that institutions can focus on the key tenets of the story, rather than on the way the deal is being marketed. As usual, the requirements in Hong Kong for a lock-up and disclosure of individual cornerstone allocations won’t help – but some names could be tempted by a sizeable stake in a large deal that’s fairly priced.

Paying decent fees to the banks would perhaps also ensure better motivation too. Adding a discretionary incentive to the rather paltry 1.5% of gross proceeds that featured in April might result in greater dedication and efforts on their part.

That leaves the still relatively recent track record of WH Group since the acquisition of Smithfield last September, and the rather unsavory issue of corporate governance. Aggregate remuneration for the directors that increased from less than US$1 million in 2011 to US$599 million in 2013 was rather eye-catching – and not in the best of ways. Fairly aligning the company leadership’s pay with the interests of investors could perhaps go a long way towards persuading potential takers that WH Group’s IPO pitch now carries more meat than spam.

Philippe Espinasse was a capital markets banker for almost 20 years and is now an independent consultant in Hong Kong. He is the author of “IPO: A Global Guide”. His new book, “IPO Banks: Pitch, Selection and Mandate” was published last month.

This article was first published by GlobalCapital, where it topped the “most viewed” list – as did my article on Singapore’s IPO market last June.