Amid renewed IPO activity in Hong Kong, carrier Hong Kong Airlines is believed to be working on a yuan-denominated new listing of up to US$500 million equivalent. If confirmed, this would make it only the third issuer there to list shares in Chinese currency.

Details remain sketchy but the investment case is hardly awe-inspiring. Hong Kong Airlines operates 23 aircraft on regional routes, where it faces stiff competition by more established players such as Cathay Pacific, Dragonair or even Air Asia. In 2012, it was forced after only six months to scrap its ambitions to offer a cheap, all business class service to London.

Hong Kong Airlines may opt for the city’s dual-currency IPO framework. Under this structure, issuers are able to conduct simultaneous offerings of shares in offshore yuan and Hong Kong dollars. This enables trading under two distinct counters, with separate stock codes. Convertibility between these also allows for arbitrage by investors.

Past equity offerings denominated in yuan, however, haven’t exactly been resounding successes in Hong Kong. In April 2011, Hui Xian REIT, a property fund, raised some US$1.6 billion in an all-yuan IPO that has since seen the unit price plummet by almost 36% amid relatively subdued trading volume. In October 2012, Hopewell Highway Infrastructure, a company that builds and operates expressway infrastructure in Guangdong province, conducted a US$61 million placement, also offering yuan shares to investors. Its share price has since fallen by some 3%, while average daily trading for the yuan counter barely tops US$40,000. Many of the shares have been swapped for their more liquid Hong Kong dollar equivalent.

In both cases, the issue doesn’t appear to have been one of quality of the companies involved. While the deal may have been overpriced, part of Hui Xian’s assets include Beijing’s iconic Oriental Plaza commercial complex. In turn, Hopewell’s placement was 10 times subscribed by investors and priced at the top end of the indicative range. The key problem for these stocks has been one of trading liquidity, also compounded by the fact that these were yield plays – more akin to “buy and hold” investments. After just six days, 15% of Hopewell’s yuan securities had been exchanged for Hong Kong dollar ones, leading governance activist David Webb to comment at the time on his website about “the pointlessness of trading a non-convertible currency in an international market like Hong Kong”.

The Hong Kong primary equity market also remains dominated by Chinese issuers, more interested in selling shares in foreign currency than in yuan, which many of them can readily issue – CSRC approvals permitting – in Shanghai or Shenzhen. Accordingly, the pool of listing candidates could remain thin, continuing to weigh on the success of CNH IPOs in Hong Kong. Weak trading in turn deters investors, keen to pursue more attractive (and more actively transacted) opportunities in what has so far been a rather lively year for Hong Kong equity capital markets. Hong Kong’s yuan IPOs are thus in sharp contrast to the increasingly active ‘dim sum’ bond market, largely fueled by sovereigns, supranational and Fortune 500 international issuers, both for strategic reasons and, for many, with a genuine need to raise Chinese currency. 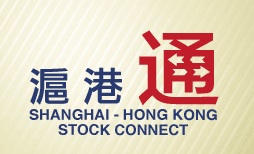 It’s also dubious that the recently announced Shanghai-Hong Kong Stock Connect programme, whose launch is scheduled in the autumn, will have much of an impact. Through the scheme, investors in both Hong Kong and mainland China will be able to trade shares on their respective markets via their local stock exchange. In particular, this should enable portfolio diversification for Chinese institutional and qualified individual investors, most of which are currently restricted under the Qualified Domestic Institutional Investor (QDII) scheme for access to Hong Kong-listed equities. These will largely be blue chips: of the 1,689 companies currently listed on the exchange (837 of which are from the mainland), some 266 stocks will be eligible, equivalent to 82% of the market capitalization and 78% of the average daily turnover. The maximum aggregate quota will be set at US$40.3 billion.

These developments are encouraging. However, they are unlikely to benefit much Hong Kong Airlines’ as well as any subsequent CNH listings. A presentation by HKEx CEO Charles Li last April made it plainly clear: Shanghai-Hong Kong Stock Connect will exclude shares that are not traded in Hong Kong dollars and, at this stage, it will also not apply to IPOs.